Investing Advice: How to Manage Your Money 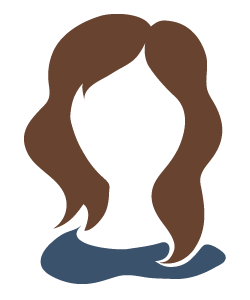 Hello! My name is Erica and this is my blog. The articles published here are designed to give you all the info you need to understand how to manage your money and the different types of investments you can make. I should say that I'm not a financial expert and I don't work in the industry. However, over the past couple of years, I have learnt a great deal about finance and money. It all started when I booked an appointment with a financial advisor. The advisor explained how different investments worked and also gave me some top tips on how I could build up my savings. I hope you enjoy this blog.

Do You Need Help With Your Tax Affairs?
7 December 2021

How much do you know about taxes? For many people, …

If you are a business owner, you, of course, know …

More people than ever have opted to work from home …

Tax depreciation is an accounting term that refers …

Tax depreciation is an accounting term that refers to the sort of valuation that is allowed on capital equipment under the current tax regulations. Most advanced economies of the world allow for tax depreciation, which can mean that the cost of expensive items does not need to be accounted for – in their entirety, at least – within a single tax year. In essence, depreciation is the gradual charging of the expenditure concerned over a given period. The period in question differs around the world, but it is considered in Australia to be the reasonably working life of the equipment concerned. Why might you account for items this way?

Depreciation for the purposes of tax is something of an advanced accounting technique. As such, it is often best for smaller enterprises to leave the calculations that are necessary to a professional tax services company or a qualified accountant. If you go about depreciating capital expenditure in your business incorrectly, then the amount of tax you pay as a consequence could breach the rules, which may land you with an augmented tax bill.

When Can Businesses Depreciate Their Assets?

Firstly, depreciation is only allowable if your business actually owns the asset concerned. If you purchase a van to make deliveries, for example, then you can depreciate the cost of it over several years. You may not do so if you lease the vehicle or share ownership of it with another commercial enterprise. Equally, the asset must be used within the business. Let's say you buy a gold bar with company money as an investment; unless you are a jewellery maker, such an asset could not be depreciated. In addition, assets that are suited to depreciation must be used over the course of more than one year. For example, if you buy a marquee for a one-off special event, then this may not be depreciated unless you are able to use it again in subsequent summers.

What Are the Benefits of Depreciation?

Depreciation is carried out for one main reason – to even out your overall tax issue. If you account for your profit in a year without much capital expenditure, then the tax bill you pay will probably be higher. However, you might have made little profit in the previous tax year due to a large amount being spent on a piece of equipment. Depreciation allows you to split up the cost over several tax years to make your tax bill a bit easier to budget for. Accelerated depreciation is sometimes used to lower your tax bill now by effectively deferring tax payments until future tax years.